Whether you already know and love a pit bull terrier or haven’t had the pleasure of meeting one yet, understanding and sharing the truth about them will help save dogs’ lives.

MYTH: It’s easy to identify a dog’s breed by looking at him or her.
THE TRUTH: When we look at dogs of unknown parentage, the best we can do is guess at their breed, and it turns out that even dog experts are usually wrong when doing so. It’s been shown that nearly 90 percent of shelter dogs visually identified as a particular breed are mislabeled. This misidentification becomes a huge problem when municipalities pass laws that discriminate against dogs of certain breeds. The laws end up adversely affecting not only dogs of the targeted breeds, but many other dogs who simply look like them.

MYTH: Pit bull terriers are more aggressive than other dogs.
THE TRUTH: Aggression is not a breed characteristic or personality trait, and is not specific to any one breed of dog. The American Temperament Test Society, which provides a uniform national program of temperament testing for dogs, has found that pit-bull-terrier-like dogs passed the test at a higher rate than many other dog breeds, including golden retrievers and border collies.

MYTH: Dogs of certain breeds are more dangerous or likely to bite than others.
THE TRUTH: Breed has nothing to do with it. A peer-reviewed study found that nearly 85 percent of dog bite fatalities were from unneutered dogs. Other factors that contributed to bites were abuse or neglect, tethering for long periods of time, and lack of positive interaction with people and other animals.

MYTH: Pit bull terriers are not good family dogs and that’s why you see so many in shelters.
THE TRUTH: Pit-bull-like dogs are actually some of the most popular types of dogs in America. According to Vetstreet.com, the American pit bull terrier is one of the top three favorite breeds in 28 states. Because pit bull terriers are so popular, some people are overbreeding them and others are neglecting to spay or neuter their dogs, resulting in unwanted litters. These two factors, along with breed-discriminatory legislation, have led to an influx of pit-bull-like dogs in shelters.

Every dog is an individual, no matter the breed. Right now, thousands of families in our country have one or more pit-bull-like dogs as pets. Some are couch potatoes, some are agility dogs, some are service and therapy dogs, and others are simply someone’s best friend. And we believe that’s worth caring about. 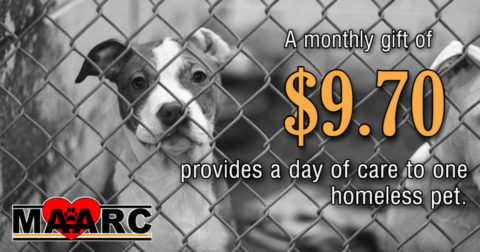 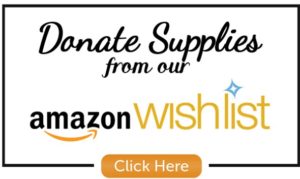 FUN FRIDAY!!
If you could have any animal as a pet what would you choose? ... See MoreSee Less

😺💗 AVAILABLE FOR ADOPTION THROUGH MAARC 💗😺

Hi people. My name is Goldie and I’m a beautiful senior girl. Seniors make the best pets. We just find a lap and snuggle down for a nap. We don’t swing on chandeliers or singlehandedly take down your christmas tree ornaments and all or shred your favorite set of curtains. We are past all that nonsense. .. Whats that? Afraid you’ll be too sad when I have to cross the rainbow bridge? Come on look at me, I’m a senior not a corpse! I still have plenty of life in me!! I’m gonna be around so long you’ll probably grow sick of me. Give a sweet older lady a chance. Oh, and I drew the long straw and now I’m living it up at Petsmart as a real life window mannequin. Come visit me, and we can snuggle!

Hi bipeds! My name is Biscotti, and like all good italian cookies I’m a little bit crunchy with a pleasant hint of sweetness. And I purr with an italian accent! Ever heard an italian purr? Sounds a lot like an american purr, but a professional experienced purr listener can discern the difference. Sometimes it takes a bit for me to warm up to new people, but canned food is the quickest way to my heart. Im about 1-2 years old, spayed and current on my vaccines.. sure glad I don’t have to get poked again for another full kitty year!

Are you wanting to get involved in the community? Make a difference in the lives of homeless pets? Come help the animals at MAARC! We can definitely use your help. If you have a heart for animals and a couple hours a week let’s talk! Call 865-273-3751 or visit maarcadopt.org and fill out an application!

🐾🏛 AVAILABLE FOR ADOPTION THROUGH MAARC 🏛🐾

Woof! Boujue here. No, down here! Yup Im a little short but I got stockiness for days. Some people say I have a face only a mother could love. So I got some gray hairs, and I’m a bit smooshy and wrinkly, and yeah I probably snore like a freight train... but what I lack in appearance I make up for in my sweet good boi disposition. I try so so so hard to be a good boi! When I see a treat I wiggle and tries to sit, I tries so hard.. then I get excited and bolt up, and then tries to sit again. Have you tasted these treats though?! You’d probably wiggle to! Give a dog a break. I like it here at the shelter, I gets to see lots of people and they take me on walks and I get to play in the yard, but what I really wants is a warm cozy home of my own. I pawmise not to hog the blankets. And check me out on Youtube, I’ms famus!

😺💗 AVAILABLE FOR ADOPTION THROUGH MAARC 💗

9 out of 10 people adopt a kitten. Senior cats nee

😺 CAT ADOPTION OPEN HOUSE 😺 We will be open

A foster home can be a lifesaving bridge for a str

🐾❤️❤️ AVAILABLE FOR ADOPTION THRU MAARC

🐾💜 AVAILABLE FOR ADOPTION THROUGH MAARC 💜